View cart “Vicki Essig – Poppies 2” has been added to your cart.

Far from the Californian experience of long car trips to which I had grown accustomed, I rediscovered the joys and constraints of European public transportation. It was during one of my many trips from Genoa to Milan and Genoa to Turin that this project was born. I had taken some photographs and very quickly realized that my pictures were out of sync with the landscape going by the train window. In my memory I had retained a combination of many fragments of images, a phenomenon Benjamin Gastineau called “synthetic glance” and Aldous Huxley defined as “global vision”.

To indicate how fast things were moving I had to call upon the blur of the moving object, as well as typical visual accidents: reflections in the windows, interference from trees, etc. Also, the slow exposure added an unforeseen element to the project, an interplay in which “chance” often determines the image’s framing. After much back-and-forth, a photographic sequence took form where the landscapes’ details disappeared into a blur and form dissolved into color. All that remained was to simulate the train’s movement as well as the fragmentation of the images. The final form of this enterprise is an installation of 20 photographs of which 10 are divided in half, with each half mounted on sliding aluminum panels.

About Amandine:
Amandine Nabarra-Piomelli photographs personal stories like voyages, Au fil des nuages or imaginary tells. Her visual journeys combine poetic and documentary sensibilities, each image is a story that crosses other destinies in the same series. People, places and objects are connecting in unexpected ways to create a tell that can be read as fragments or in their entity. Her images are printed specifically on supports that conveys the concept of her projects. Amandine was the recipient of the Masquelibros prize in Madrid, Spain. She has exhibited in numerous photography and artist’s book shows in the USA, Europe and Australia. 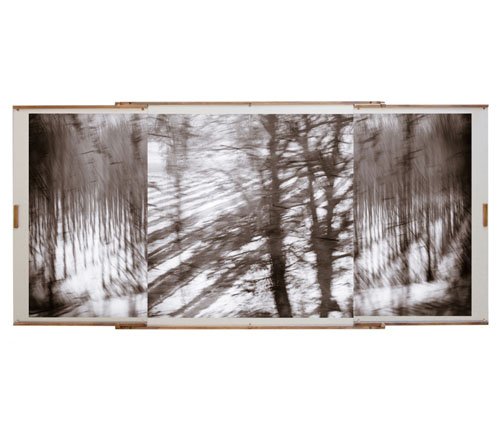 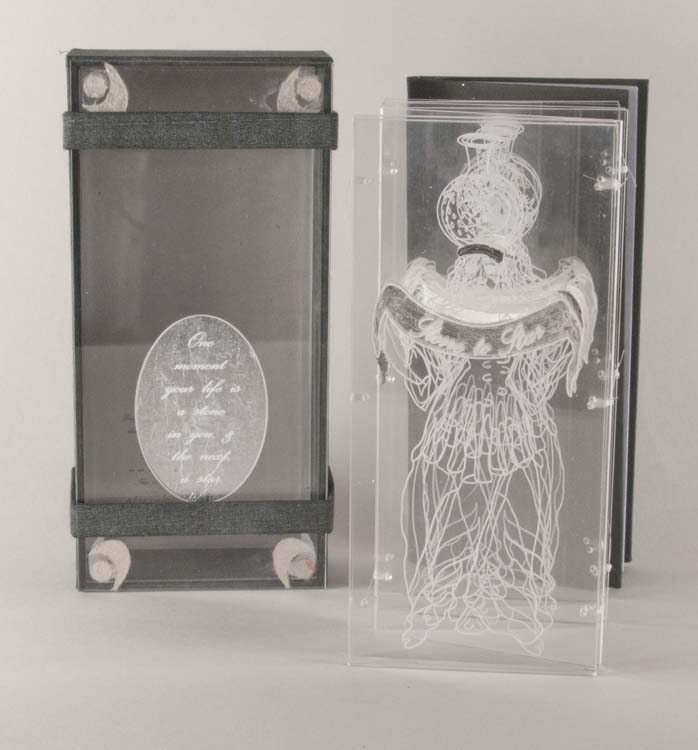