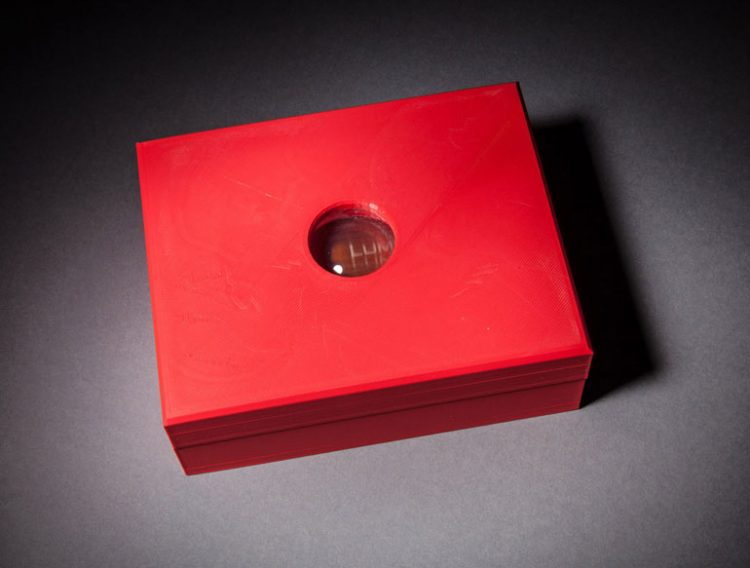 Translucent PLA with Lumix Camera and SD card containing video and stills of printing the book. The box comes with lens in the cover; the red velvet lines a one-of-a-kind sculpture. 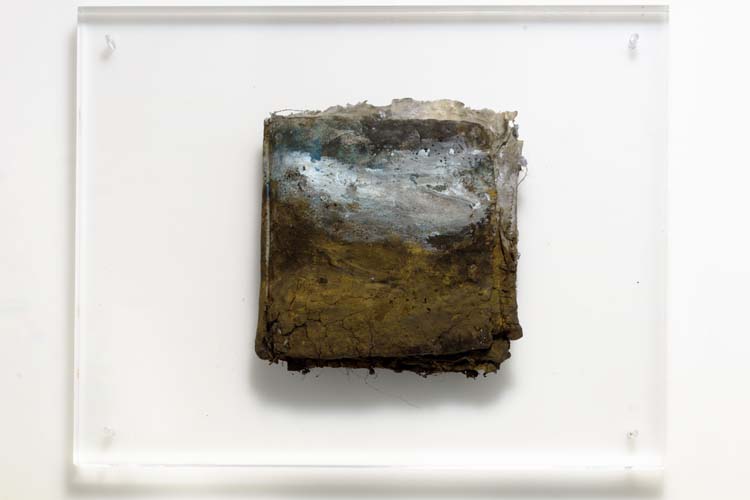 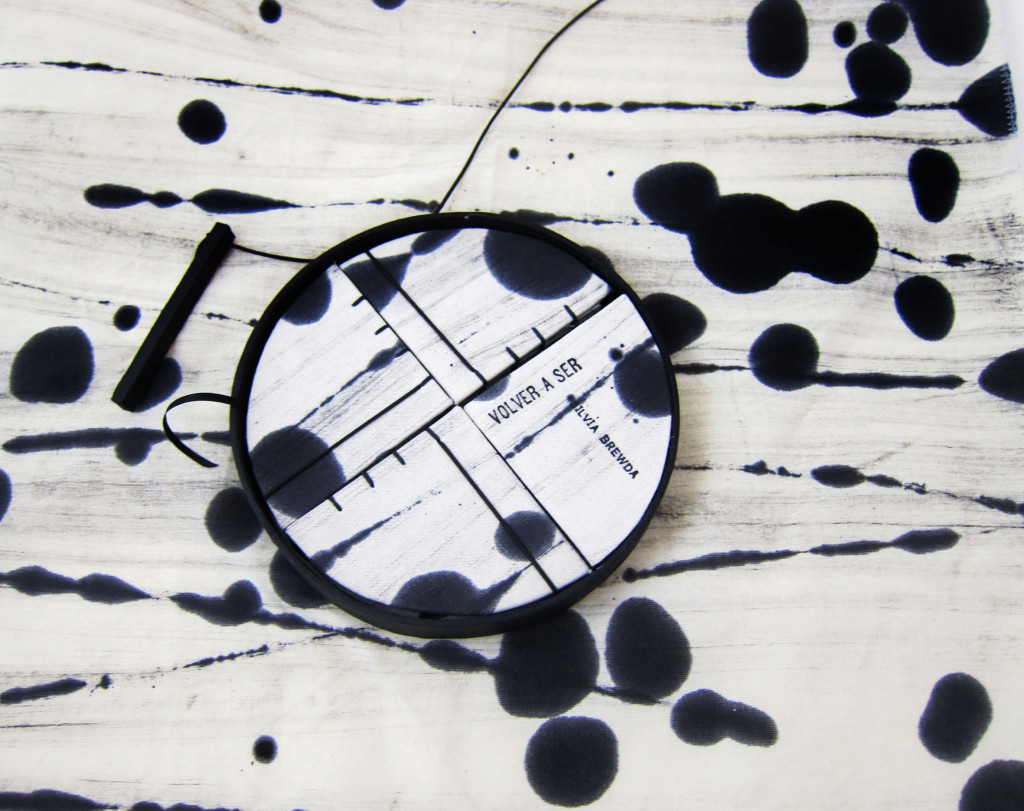 Silvia Brewda – Volver a Ser (To Be Again)
0