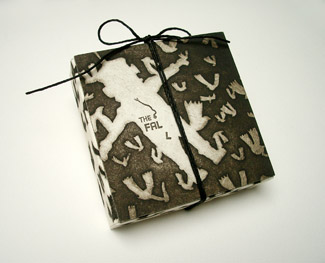 Carpe diem. What’s the point? It sounds like good advice; life is short, make the most of it. But does it really matter if you do or don’t? An astronaut falls from his spaceship. Will he find the answer before he hits the earth? Will it matter if he does?

The core philosophy in this little diorama is an unresolved tug of war between meaning, which can be found in the moments of life, and the meaningless, into which everything is ultimately rendered by death

Single page with diorama, letterpress and edtching. Cut and assembled by hand with acetate window.

The printing is a blend of etching and letterpress. The outer “skin” of the box was printed from hand wiped plates on an etching press. The text and drawings within the diorama box were printed on a letterpress. The river was painted with water color.

Bryan Kring began as a writer but found that he didn’t have any stories to tell. Instead he saw pictures, so he took up painting. He went to art school and filled his home with canvases. When he ran out of space he turned to printmaking. Now in his forties, he is having fun with book arts and connecting the circle back to the writing.Bryan Kring is a graphic designer, letterpress printer and book artist in Oakland, California.

Bryan: When I was in my early twenties I wanted to be a writer. I wanted to be Ernest Hemingway with a bottle of rum in a grass hut on a beach in Cuba. I liked writing but I didn’t have any stories to tell. Instead I saw pictures so I took up painting. I went to art school and filled my home with canvases. When I ran out of space I turned to printmaking. I was seduced by the beauty of ink and paper and explored first etching and then later letterpress printing. Now, in my forties, as I play in the book arts I am having fun connecting the circle back to the writing. 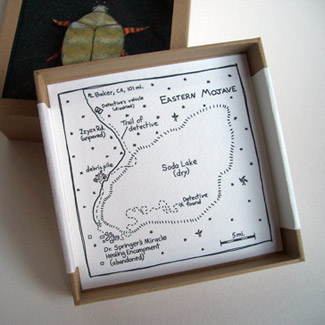 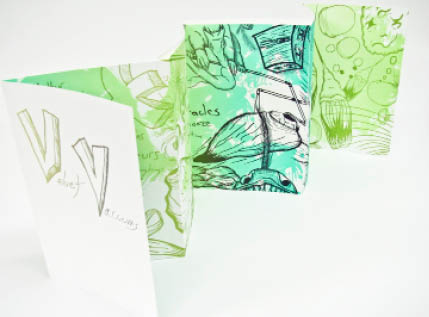