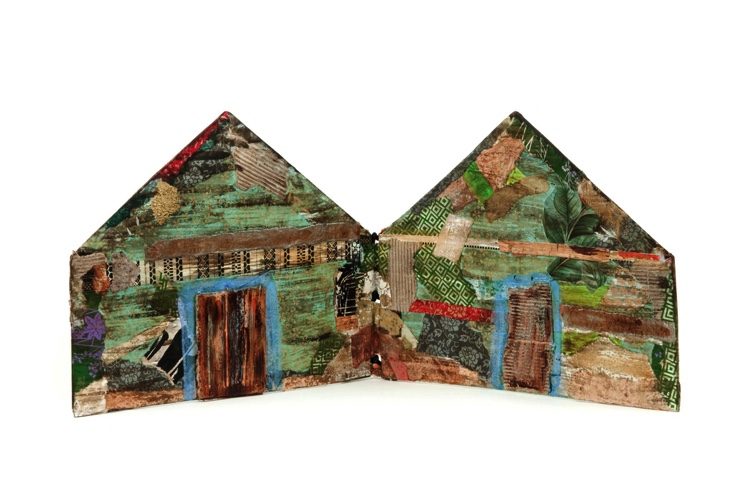 In the series “knot my name haint my house” each structure is named for an individual who was enslaved during the 19th century. They are not homes, but places providing shelter from the elements on a plantation. The majority of people who worked the fields could not read or write. It was against the law for enslaved people to learn to read and write. Depending on one’s position in the plantation hierarchy, it was possible for someone to become literate.

The blue paint called “haint blue” was made of indigo and lime from sea shells. It was used around doors to repel ghosts. Haint blue is sold, today, in paint stores and used by interior designers.

My work explores the “text of textiles” in all of its manifestations as related to the transatlantic trade in slaves.

A literary and visual artist, Carletta Carrington Wilson’s mixed-media collages have been described as “decorative with a message.” Her artist book series “book of the bound” was first exhibited at the Northwest, African American Museum. Works from her current series, “knot my name haint my house” have been exhibited at the Jacob Lawrence Gallery of the University of Washington and the Columbia City Gallery in Seattle.