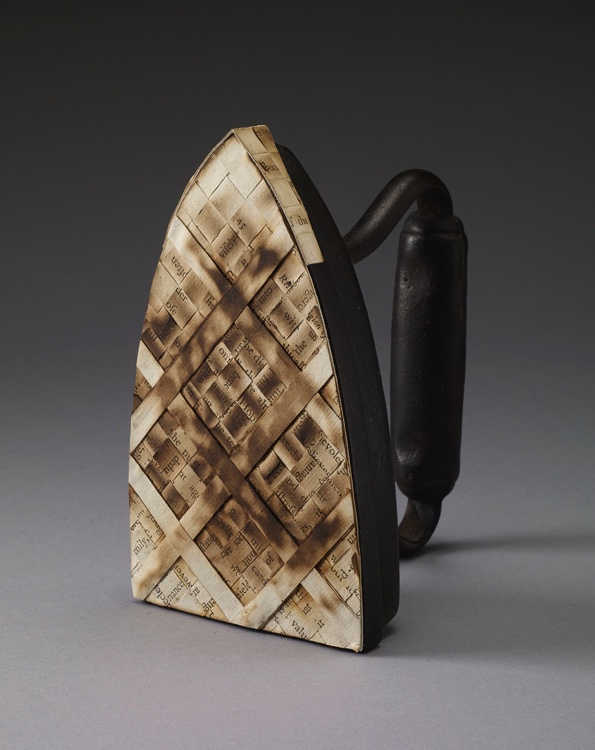 About this piece:
Pressing On takes physical, material, and intellectual inspiration from Hannah More’s An Estimate of the Religion of the Fashionable World: By One of the Laity, London, 1791. Published anonymously, it was one of the most widely read books of the day. Pages of Hannah More’s writings are cut, scorched, woven and layered. Antique “sad” (solid) irons convey the stories, presented singly or installed as multiples, evoking the tactile, experiential memory of a domestic labor force. The sad irons present the personal ‘herstories’ – those laboring under the demands for pressed garments and linens, to suit class distinctions, societal expectations – the erstwhile servitude of those pressing. Garments carefully and repetitively manipulated, aided by the parallel tasks of mending, sewing and primping, were ultimately to be transformed by the applied and consistent heat and pressure.

NOTE: Due to the weight of this piece, additional shipping charges may be added to online orders.