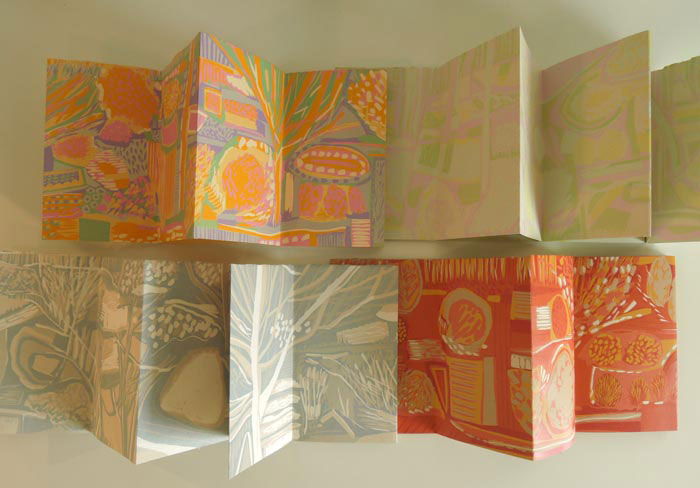 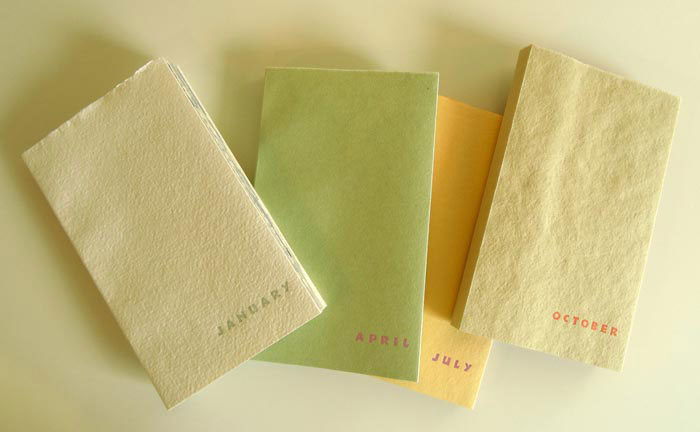 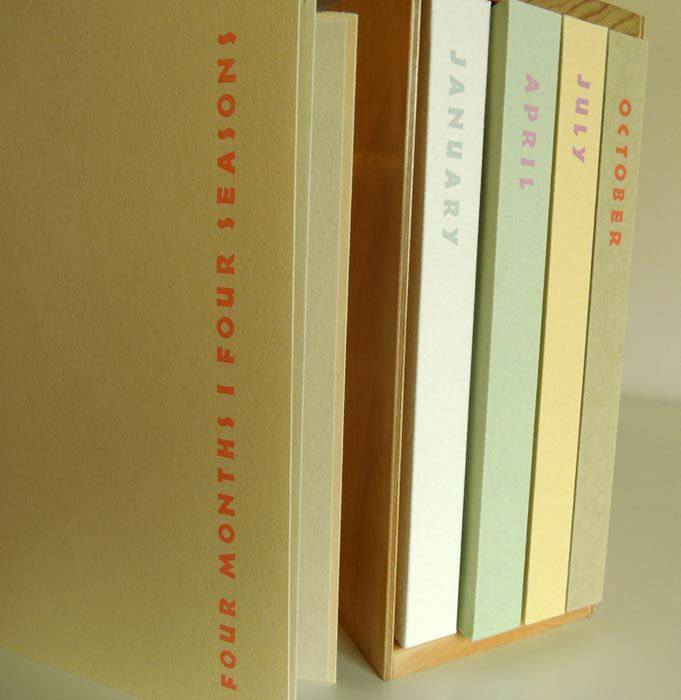 Four Months / Four Seasons is the first in a series on the seasons by various artists. It contains four books – January, April, July, and October – plus a pamphlet describing the reduction linocut process. The pamphlet pullout shows the initial state of the seventh opening in October.

Excerpt from pamphlet: “Each of these four books is printed from seven carved linoleum blocks onto multiple sheets of paper. The sheets subsequently are attached to each other and folded to create seven accordion openings that together form a panorama.

“All sections of the seven-part image are made by a reduction linoleum cut process. This method requires that each section is partially cut from the block which is then printed, then cut again and printed again, multiple times.

“Following each recutting of the seven individual blocks, the newly printed ink layer adds marks and shapes to the final panorama as it maintains those already printed.”

Four accordion books, each 5 x 8.5 x 3.5″ and 14 pages plus a folder-like pamphlet with text on both endpages and one 2-leaf pullout. The accordion books contain reduction linocuts by Ruth Fine. October is bound in Barcham Green handmade paper wraps, April and July with papers specially made by Katie MacGregor. All housed in wooden slipcase made of Baltic birch and poplar.

Claire Van Vliet is widely recognized as a master printmaker and has won numerous awards, including election to the National Academy, two Honorary Doctorates of Fine Arts and the prestigious MacArthur Prize Fellowship. She founded the Janus Press in 1955 and has published over one hundred books with original artwork of her own and other artists. 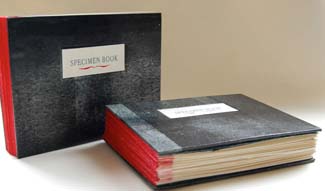