View cart “Jan Owen – Calm so Deep – SPECIAL ORDER ITEM” has been added to your cart.

I like to work with vintage books. Unlike blank canvas, an actual book starts conversing with me right away. I listen to that voice carefully and let it guide my creative process. The process is often intuitive and sometimes has a story which develops on it’s own. Rhymes of a Red Cross Man, started as a sketchbook for drawings of flowers and gardens on my trip to Europe, but as I crossed the borders, it became a tribute to the loss and suffering caused by wars in the 19th and 20th Centuries. The antique book is 192 pages long and adorned with 40 added illustrations of nature and figures of soldiers painted in watercolors. The pages of the book are also altered with stitches and burned holes. The magnificent beauty of Europe is contrasted with images of soldiers fighting and dying. On these torn and burned pages, death lingers in the beauty and the beauty is found in death.
In eighteenth-century England, books were a valuable commodity, and it was a common practice of book owners to add additional illustrations and commentaries to their own volumes. So common was the practice, publishers even included blank pages to accommodate such additions. This practice became known as grangerism. My work takes the tradition of grangerism and employs it in a less literal, more abstract way.
Rhymes of a Red Cross Man is a book of poems written by Robert W. Service, a British-Canadian poet and writer, who dedicated this book to his brother, killed in action in 1916. On a train to Hampton Court Palace, I became curious to see what the book was about, and upon opening it, I discovered this passage: Oh I called him all the night-time, as I walked the wood alone; And I listened and I listened, but I nivver heard a moan; Then I found him at the dawnin’, when the sorry sky was red: I was lookin’ for the livin’, but I only found the dead. In his book Robert W. Service “found the dead” across three continents in all kinds of surroundings. Generally, my process involves using book pages as a blank canvas with little reliance on the content of the text. However, Robert W. Service’s writing was so powerful it inspired me to engage in more of a conversation with the text and, in a sense, collaborate with him.

Dasha Ziborova was born in St. Petersburg, Russia in 1968. In the past twenty years of her artistic career, Dasha alternated between creating children picture books (including the award winning Crispin the Terrible and In English, of Course); large scale public art projects (designing murals for Waldorf Astoria, Peninsula, Plaza Hotels and 32 murals for 3 floors of the Atlantic Center in Brooklyn); and fine art (working with altering old vintage books). 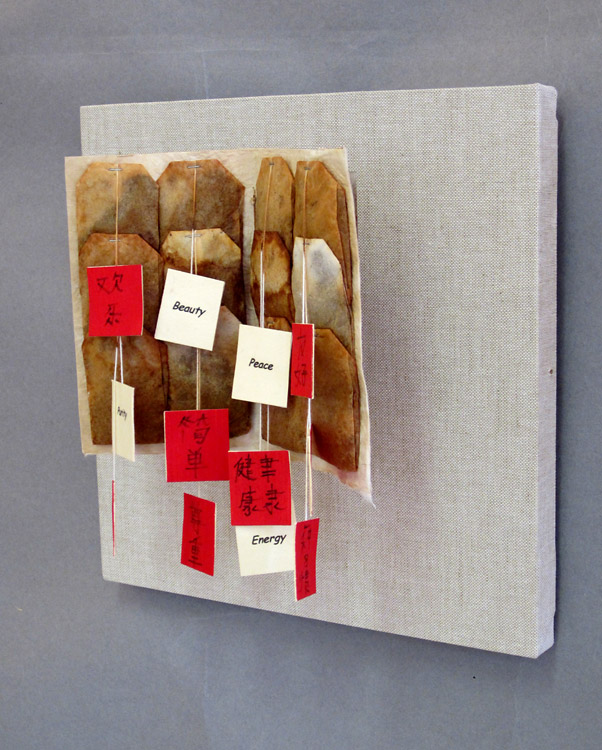 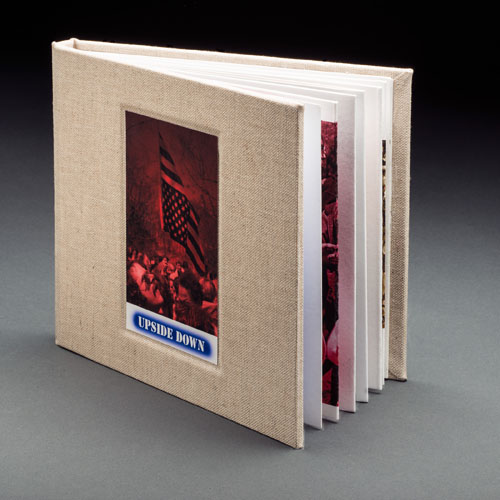