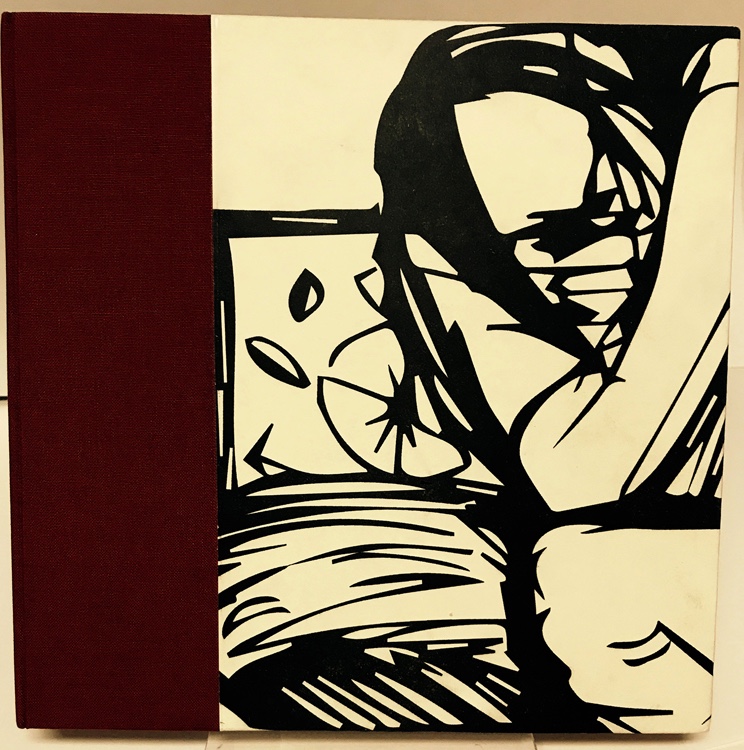 It was when I decided on the drawing of, what is now considered to be Persephone, I had found my way. I took the original image, photographed it and worked through Adobe Illustrator. Illustrator allows me to turn the drawing into something I can then translate into vector files to have negatives made as part of the process to make polymer plates. As I began to work with the image I realized if I blew it up and moved it around so that the focal point of the image shifted that the image’s own narrative would shift and become one of examination and contemplation. There are four iterations of the image being used at full bleed creating a large scale layout, creating a large scale book (for me it seems huge) in a square format

Letterpress printed and hand bound. Traditional translated text modified and edited by the artist. The text is set in a Roman inscription style. The image is an original by the artist.

I sourced material from Homer’s text, The Hymn to Demeter (7th C. B.C.), Ovid’s story of Proserpine from Metamorphoses (8 A.D.), and even Homero Aridjis’ book Persephone (1986).

David Nees is currently finishing his MFA in Book Arts from the University of Alabama. He has a passion for letterpress printing and developing a fondness for hand binding. David’s background in Classical culture and Art History has given him ample material to work with including his work Persephone from 2017.