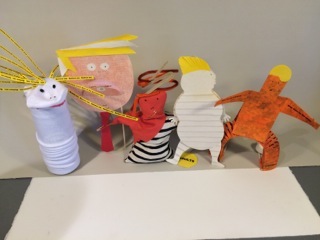 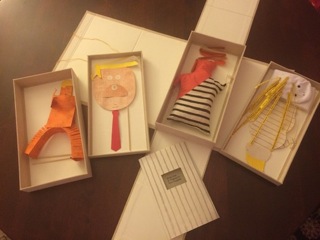 A Tragedy in Five Puppets

Prompted by the 2016 election results and an ongoing interest in the works of Shakespeare. Five puppets in a boxed set with accompanying pamphlet.

“Five puppets in a boxed set, four of the puppets have quotations from our 45th and current president. The 2016 election results turned my thoughts to the character of King Lear and from there they descended to King Leer. If Hillary Clinton had been elected maybe I would have gravitated to Macbeth. I decided to use the President’s own words against him.

“Happily, I had puppet knowledge to draw on. Over the last year, I worked out the full set of five forms. Each puppet has been made with the materials appropriate to their nature, three of the puppets are paper, one is cloth, and the other is a sock.”

Emily Martin earned a MFA degree in painting, from the University of Iowa in 1979. Martin joined the faculty of the University of Iowa Center for the Book in 1998 where she teaches artists’ book and traditional bookbinding classes. Martin’s books are included in public and private collections throughout the United States and internationally, including the Metropolitan Museum of Art, New York; the Museum of Modern Art, New York, NY; The Victoria and Albert Museum, London; The Museum of Contemporary Art of Chicago; the Tate Britain, London, England, the Library of Congress and others. 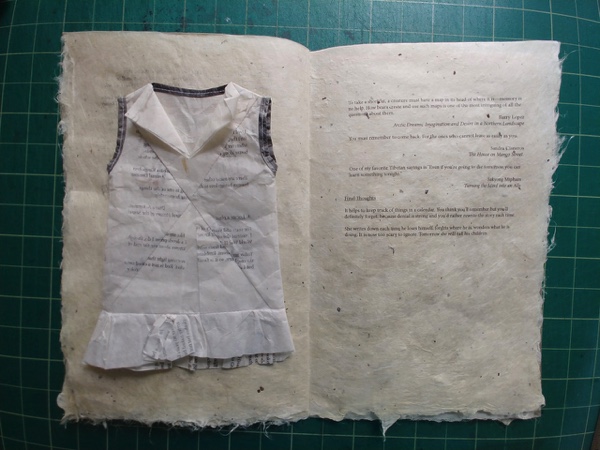 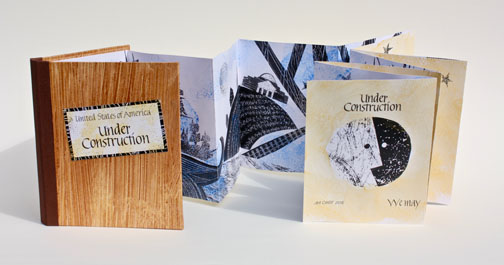