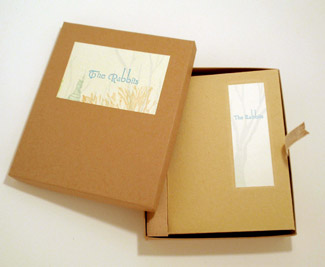 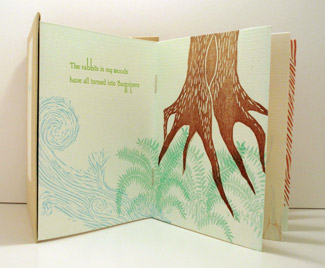 The colophon says this book is “An imagining for those of us who remember the warren in Woodland Park.”

Jenny says “I moved into a basement apartment in Seattle near Woodland Park, and quickly discovered the large warren of rabbits that lived there.
They were clearly abandoned domesticated rabbits, in all shapes and sizes, and there were hundreds of them. There were two in particular that used to come hang out in my yard – a large ginger rabbit and his friend, a little black and white spotted lop. They’d just hop around the yard, grazing on the grass (but never on my plants that I noticed). Now, there were all sorts of concerns being expressed by the city about those rabbits – and signs up everywhere asking people not to drop their bunnies off. The city said that the warren was vulnerable to disease and there was a big rabbit relocation group that was working on a plan… [A]nd about a year later they were trapped and relocated to a rabbit sanctuary. In any case, the warren is empty now.

It’s a book about the absence of rabbits, and about the wood that lives in memory and imagination.” 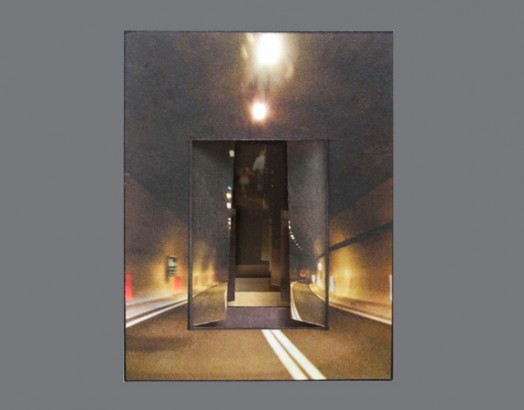