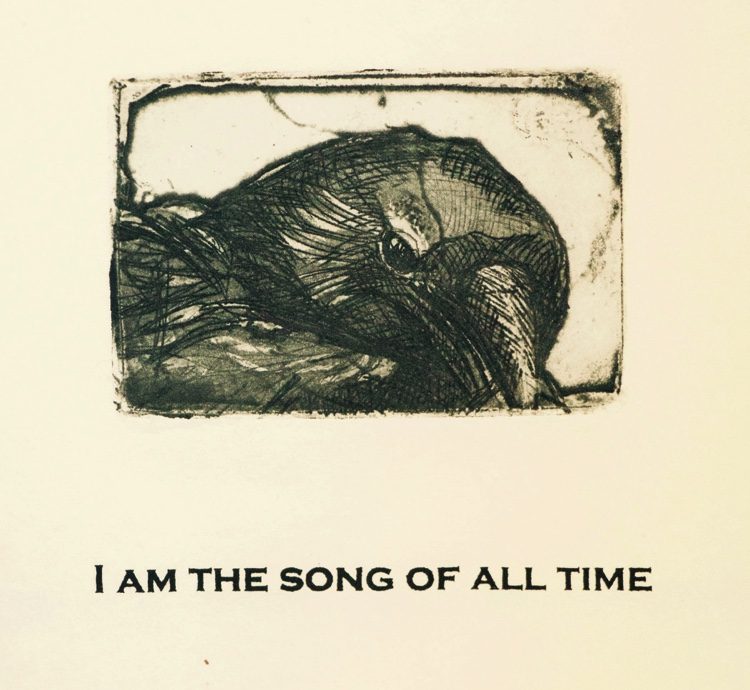 About this piece:
I Am I, is a Japanese stab binding book with a sewing design I call Raven Wing. I have used a series of prints of Poe, a raven with a broken wing, who came to live with us when his previous owner was dying. Poe has been with us for seven years. As I spend time with him I am amazed by his curiosity and dignity, which lead me to read up about ravens in general and their significance to many different indigenous peoples.

These images of Poe show a few of his many different looks. They are etchings with aquatint on zinc. I created these prints to reflect the words in this book. At some point a few years ago I began to wonder what would Raven say if he were to have a “boast poem”. I wrote the words here with that in mind.

Jo Andersen is a Tucson artist. She is a printmaker, painter and creates artists’ books. From the age of eight to eighteen Jo lived with her family in Columbia and Panama. Andersen’s artwork is intuitive in origin. She often sources dream images and from time spent in reflection of her desert surroundings. Jo received her Bachelor degree in Fine Arts from the University of Arizona. Her work is included in public and private collections in Ireland, Europe and across the United States. 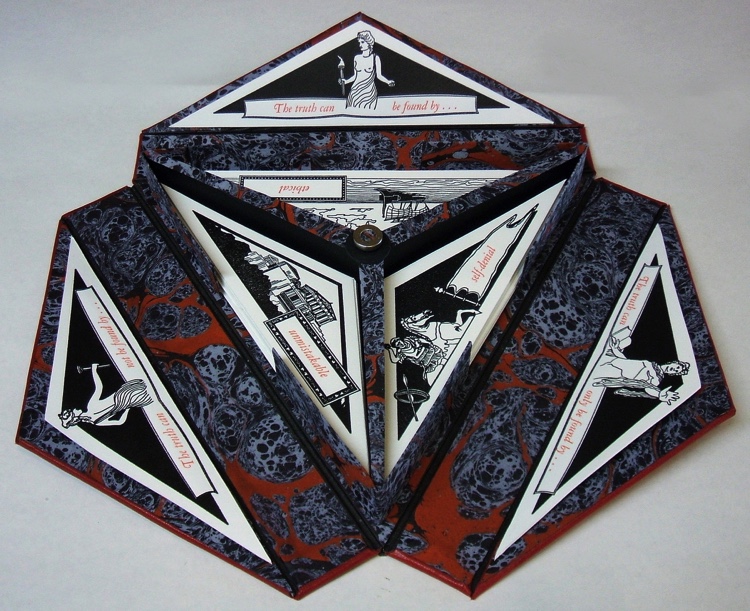 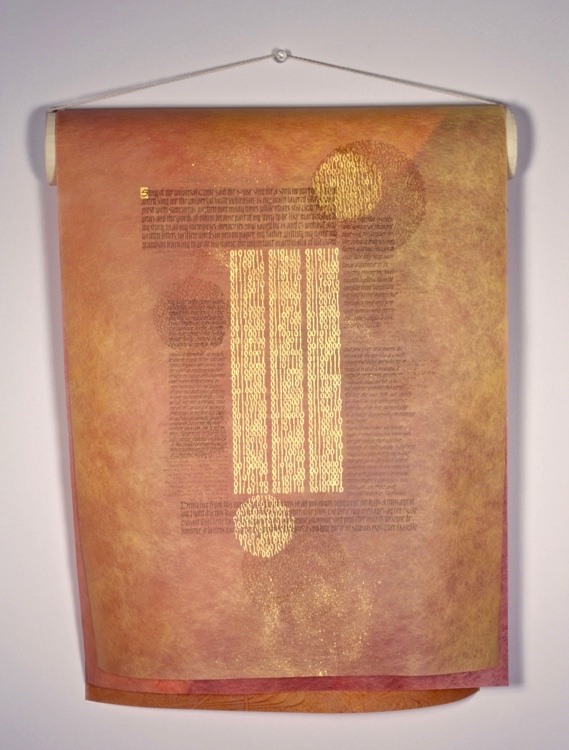