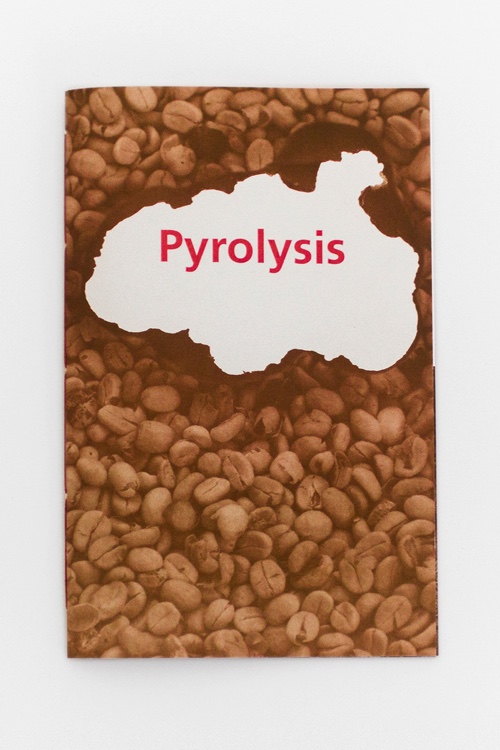 In 2014 I traveled with my collaborator, Carley Gomez, to Colombia’s coffee region to see for myself how the representations of coffee production I see in US advertising differ from the reality. We arrived amidst labor unrest which had begun as I first planned the trip and has continued on and off throughout the production of this book, culminating in the summer of 2016.

Pyrolysis interweaves news reports, advertising copy, and a report of our own time in Colombia to examine the contradictions between reality and representation, as well as the inherent contradictions in the mode of production that dominates the coffee industry. Even as the book raises the possibility of change, the influence exerted by the past on the present manifests in a ceaseless boom-bust cycle and a predictable pattern of violence. It is this inevitable conflict which the smooth facade of advertising and propaganda must cover, and which remains discernible beneath these efforts.

Levi Sherman is a Missouri-based artist and scholar. He holds an MFA in Interdisciplinary Book and Paper Arts from Columbia College Chicago and BFA in Visual Communications from the University of Arizona. His books and zines are held in collections nationally and internationally.

Carley Gomez is a PhD candidate in English with a concentration in Fiction at the University of Missouri. She has an MFA in Writing from the School of the Art Institute of Chicago. She facilitates experimental literature and publication as co-founder of Partial Press and Literature Emitting Diodes.