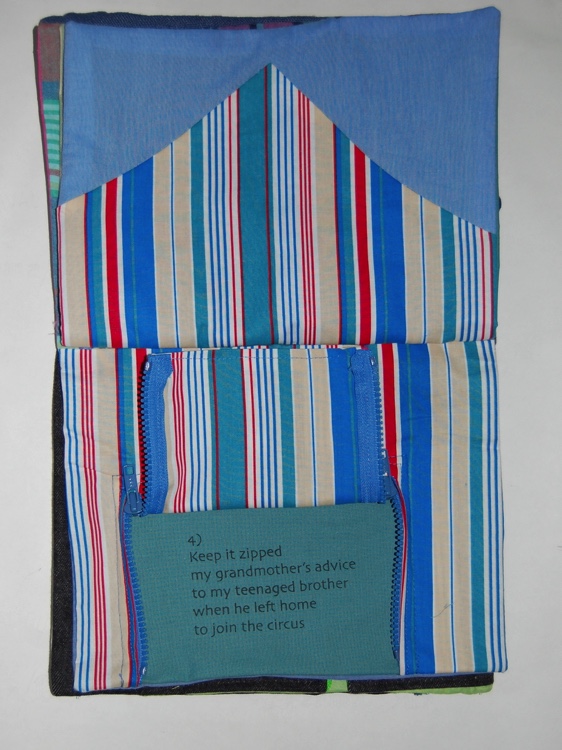 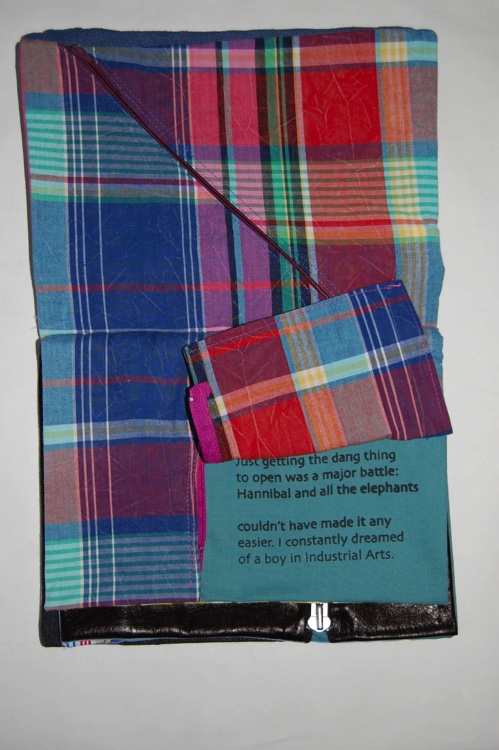 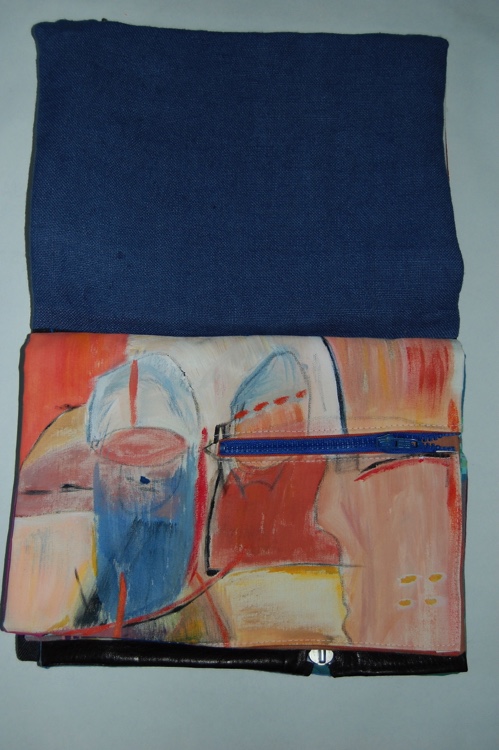 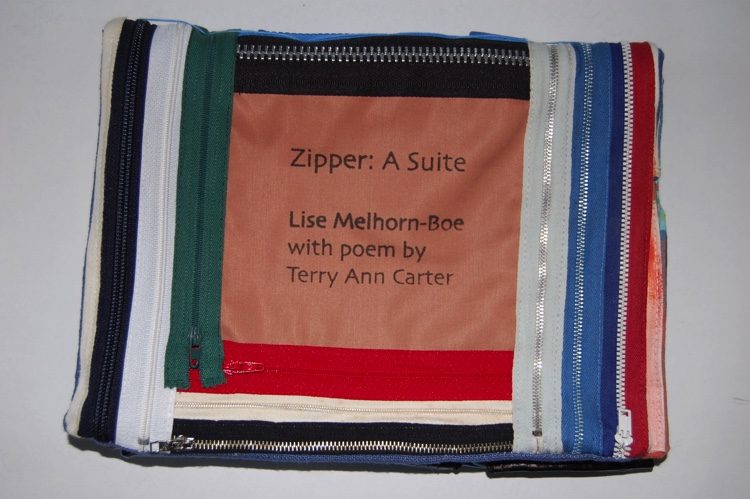 It was Terry Ann Carter who got me started on the Sewing Poems series. I had made three books using poems by Lorna Crozier and was planning to work with more of the poems from her book The Book of Marvels: A Compendium of Everyday Things when Carter came to my studio to look at my work. It was she who introduced me to the work of Hazel Hall. She was also very excited about the zipper book I made with Crozier’s poem, and sent me this suite of poems a couple of weeks later. I was thrilled to read a poem that described one of my artist’s books being read in my very own living room. I had found suitable fabrics for all the pages, but had not decided how to treat the cover when I visited my sister in another city and saw, in a gallery, a wall piece constructed entirely of zippers. Bingo! My cover problem was solved. Zippers came from friends and second-hand stores, as well as some of the left-overs from the zipper book using Crozier’s poem.

The painting described as being “the size of a door, hung sideways” is a gorgeous abstract painting by Sharon Thompson. I feel I know it so much better after having copied it in miniature ten times.

Lise Melhorn-Boe has been making and exhibiting books and sculptural book works for forty years. She studied at the University of Guelph and received her M.A. and M.F.A. degrees from Wayne State University in Detroit. Melhorn-Boe has exhibited widely across Canada and the United States as well as Europe and South America. Her work is in several public and university collections including the Art Gallery of Ontario, the Canada Council Art Bank, Library and Archives Canada, the National Gallery in Ottawa, and the Museum of Modern Art in New York. 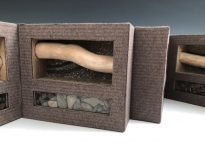 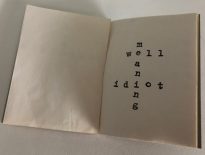