View cart “Karen Kunc – Lore of Gold” has been added to your cart. 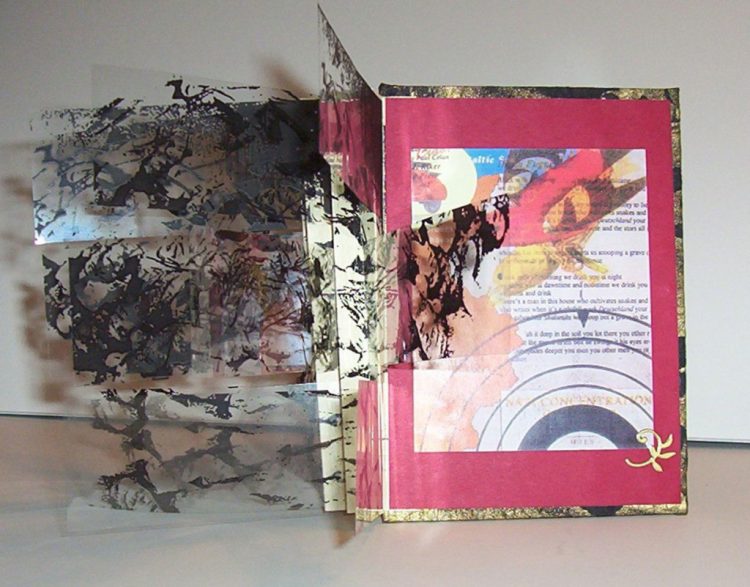 This flag book structure is based on the Nazi map of Hitler’s plan to construct concentration camps. This map was leaked to the British press in 1939 with Churchill warning the nations of Hitler’s plan to decimate the Jewish population. His warnings went unheeded and Hitler himself countered this with propaganda and images expounding his excellent treatment of the Jews. When the Allied troops rolled in, the heaps of Jewish corpses greeted them and cemented Churchill’s warnings. The public and media were “Blinded 2”.

Maryann J. Riker is a mixed media artist whose collages and artist’s books convey a visual narrative for subjects such as women’s issues, political/historical issues and narratives as well as scientific topics . She is a graduate of Moravian College, Montclair State University and Vermont College.