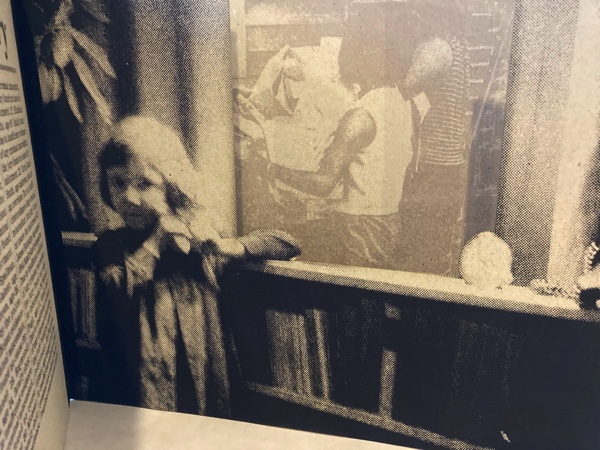 Newark 1967: A Narrative in Black and White is an oral history exploration of the event commonly referred to as the Newark Riots. The text of the book is comprised of ten stories, most of them a chorus of voices, many as different as black and white. On facing pages, photographs of the artist (as a child) and other family members posed in front of the windows of their high rise apartment in Newark are juxtaposed against press photos of events transpiring on the ground. In this way, two realities are depicted: black and white, “high” and “low,” the protected and the targeted. Cummins uses color to comment on color: while the white characters are foregrounded and printed in bold black ink, the black characters are viewed from afar–ghostly, barely there, an allusion to Ralph Ellison’s “Invisible Man.” A closer read of both sets of photos, however, reveals a more nuanced and parallel story: the double meaning behind the phrase “domestic unrest.”

Driven by her own family’s story of white flight from Newark, Cummins began her research by making weekly trips to the city, first to the New Jersey Historical Society, then to the Charles F. Cummings Center for New Jersey Information, housed in the Newark Public Library. Both resources provided a treasure trove of information: books, maps, protest fliers, news clippings, autopsy reports, transcripts of eye-witness accounts, and press photographs.
The family photographs reproduced in the book are from the artist’s own collection. All original press photographs are reprinted by kind permission of The Associated Press and The Newark Star Ledger.

Maureen Cummins has been making books for over thirty years. She has created projects based on slave narratives, the Salem Witch trials, turn of the century gay love letters, and patient records from McLean Hospital, the oldest mental hospital in America. She is represented in over one hundred permanent public collections and has received over a dozen grants and funded residencies, including a Pollock-Krasner award. 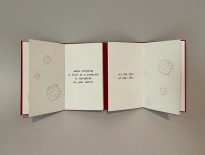 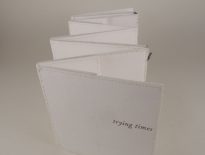