View cart “Denise Bookwalter – Spandrel” has been added to your cart.

About this piece:
I found a 1956 ex-library edition of Daisy Miller by Henry James which was first published in 1878. The 1974 film adaptation was directed by Peter Bogdanovich 1974 with actor Cybil Shepherd. Daisy Miller is a coming of age portrait of “the American girl” in the late 19th century. Daisy Miller portrayed the emancipated woman of her day. New York Times film critic Nora Sayre wrote, “… the movie (Daisy Miller) says far more about the American condition than (the 1973 film) American Graffiti. And another virtue of Daisy, is that it makes you appreciate the present.”
Using the film as my guide, I created 8 monotypes which briefly tell the story in the novella. I printed the monotypes with oil-based ink on the book pages. The monotype pages are glued on accordion folds and mounted to the ex- library book cover. I repeated this process and mounted the monotypes on accordion folded paper onto a trade publication book cover.

About the artist:
Lives and works in Portland, Oregon, United States.

Poppy Dully is an Oregon painter, printer, and book artist. She works in acrylics, oil, pen and ink, and several printmaking techniques. She has shown her paintings and prints around the Pacific Northwest since 1998. Poppy’s altered books are the products of discoveries, bringing together books and films. Her artist’s books are in private and public collections including University of Washington, Stanford University, Multnomah County Central Library Special Collections, University of Southern California, University of Texas, Austin, UCLA Film Library and Savannah College of Art and Design. 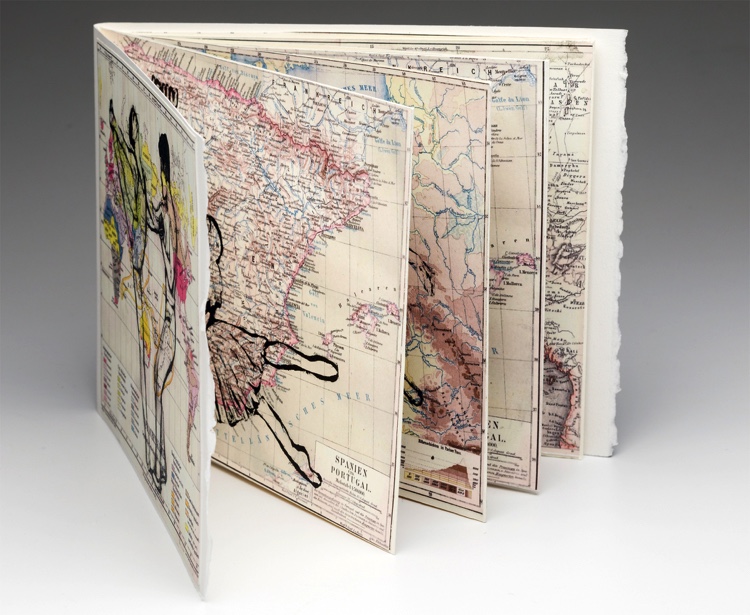 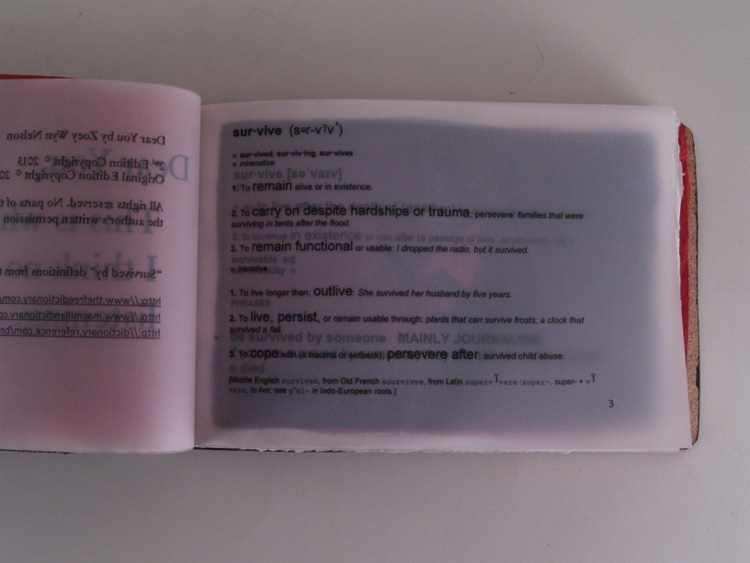