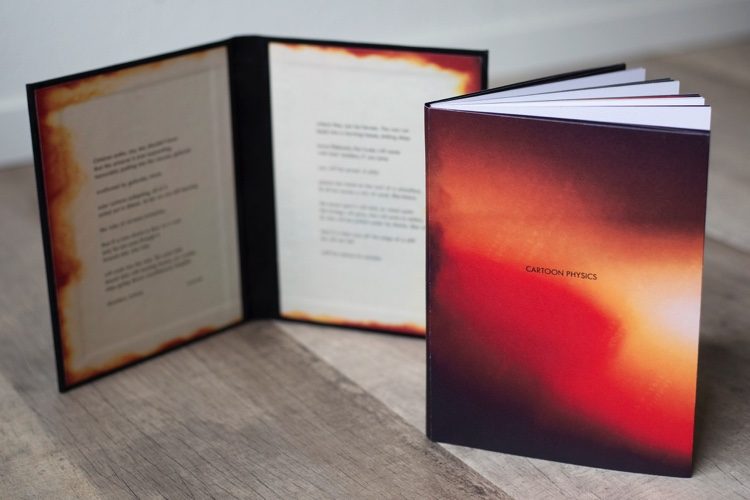 In light of the vastness of time, space and the potential for human suffering, this artist’s book confronts impermanence and vulnerability, both at the human scale and at other orders of magnitude. As each of us gains personal & scientific understanding of our place in the world and in the universe, this seems to clash with our emotional investment in the details of our own life. We know both that everything matters and that nothing does.

At the core of this book are two photographic series, interwoven. On the white pages, images of modern childhood in all its fragility, awkwardness, & ambiguity conjure loveliness with all its potential for heartbreak. Layered with these are cameraless images of light itself, which has crept through a stack of sensitized paper. Transcending scale, they might be wildfires, supernovae, or solar flares. Dispassionate foils to our human conceits, the timeless principals of physics contrast with the flickers of human joy and sorrow.

This book was conceived in the wake of the 2016 election, and created after a subsequent wildfire destroyed thousands of homes in my community. Nick Flynn’s poem “Cartoon Physics, Part 1”, a bittersweet meditation on childhood and scale, obliviousness and oblivion, is another stab at grasping the ungraspable. Nick Flynn is an American writer, playwright, and poet. By including it on a removable cover I intend it to be read separately and then held in mind while looking at the photographs. Colophon is signed by both poet and the photographer.

Sara L. Press is a book artist based in the San Francisco Bay Area. She employs many media in her work including photography, writing, painting, and printmaking. Under her imprint Deeply Game Publications, Sara has created and published thirteen editioned projects, which have been acquired by collections including rare books rooms at the Library of Congress, the Corcoran Art Gallery, the National Museum of Women in the Arts, the San Francisco Museum of Modern Art, the Smithsonian American Art Museum/National Portrait Gallery, and the special collections of many universities.