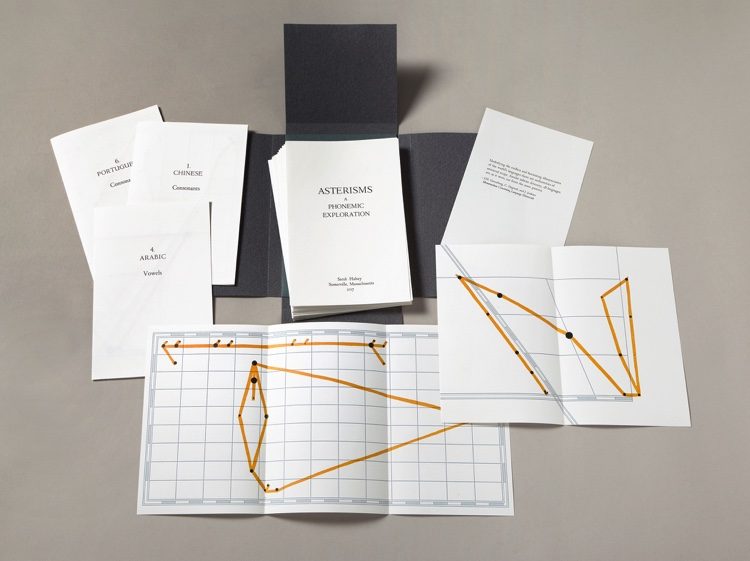 Description:
Asterisms: A Phonemic Exploration borrows the conventions of modern star charts to embody groups of linguistic sounds as constellations, or “asterisms,” as astronomers now call these traditional shapes. The book represents the phonemes (sounds) of the ten most widely spoken languages in the world. Each language is given consonant and vowel charts in the guise of a star map; positions of the “stars” are based on the sound’s position on the International Phonetic Alphabet chart, with the symbol’s size correlated to the sound’s frequency.

Connecting these symbols are woodcuts forming novel asterism shapes inspired by older, more primal ways of tracing patterns in the sky. The charts of Asterisms serve as accurate maps of phoneme systems—revealing commonalities and divergences across languages—as well as imaginary paths of joined sounds. They draw connections between the sounds of language, a fundamental human ability, and the vastness of the night sky, shared by all of the earth’s inhabitants.

About the artist:
Sarah Hulsey received a BA in Linguistics from Harvard, a PhD in Linguistics from MIT, and an MFA in Book Arts/Printmaking from the University of the Arts. Her work draws on her background in Linguistics to create prints and artist’s books that explore the structure of language in a visual domain. She has had solo shows in Cambridge, Boston, and Philadelphia and group shows nationally and internationally. Her work is in the collections of the Library of Congress, Yale University Arts Library, Columbia University Rare Book Library, University of California Berkeley Bancroft Library, and others. 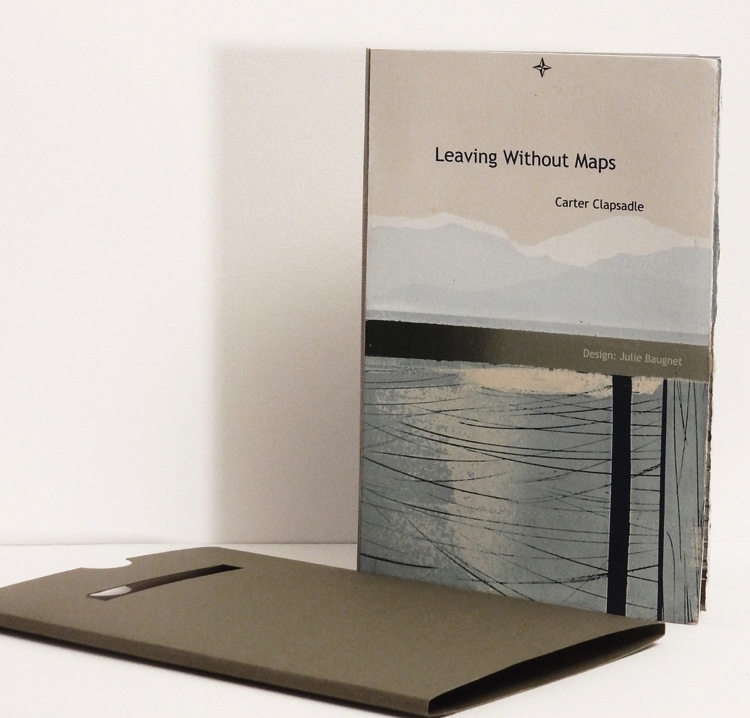 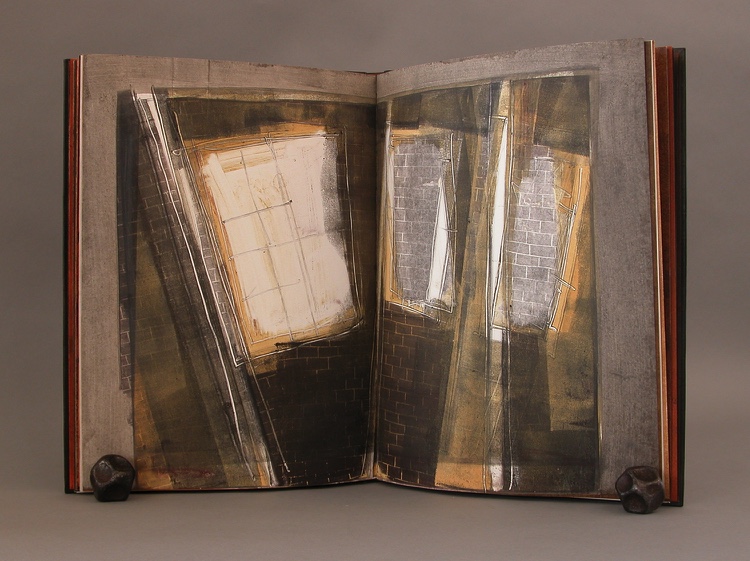