View cart “Jaime Lynn Shafer – Code Red” has been added to your cart. 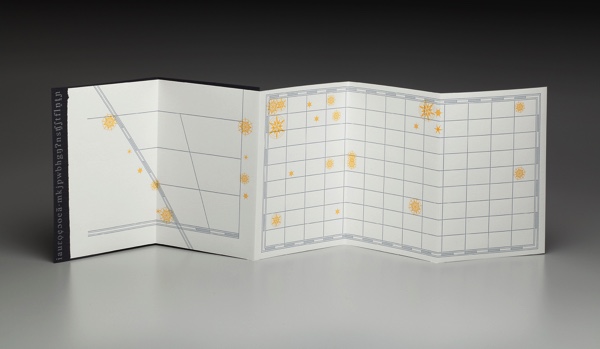 About this piece:
This book represents the most common vowel and consonant sounds among the world’s languages according to the UCLA Phonological Segment Inventory Database. I have paired the layouts of the International Phonetic Alphabet (IPA) charts with imagery from early modern astronomical charts to create new diagrams of linguistic sounds as constellations, with star size correlated to the sound’s frequency. The title of the book refers to the traditional system of classifying stellar brightness in which the classification “of the first magnitude” was used for the brightest stars, as seen from earth. The sounds represented here occur again and again, across a great range of languages and language families around the world-the brightest of human sounds.

Sarah Hulsey received an MFA in Book Arts/Printmaking at the University of the Arts, Philadelphia in 2013. She also holds degrees in Linguistics from Harvard (BA, 2001) and MIT (PhD, 2008). She has had two solo shows, Diagraphia, Gallery 263, Cambridge, MA 2016 and Textual Observations, Printmaking Gallery, University of the Arts 2014; a two-person show, Schemata, Maud Morgan Arts, Cambridge, MA 2016; and numerous group shows. She was awarded the 2016 Walter Feldman Fellowship for Emerging Artists in New England and a 2015 Rare Book School Fath Scholarship for Artists and Artisans of the Book. 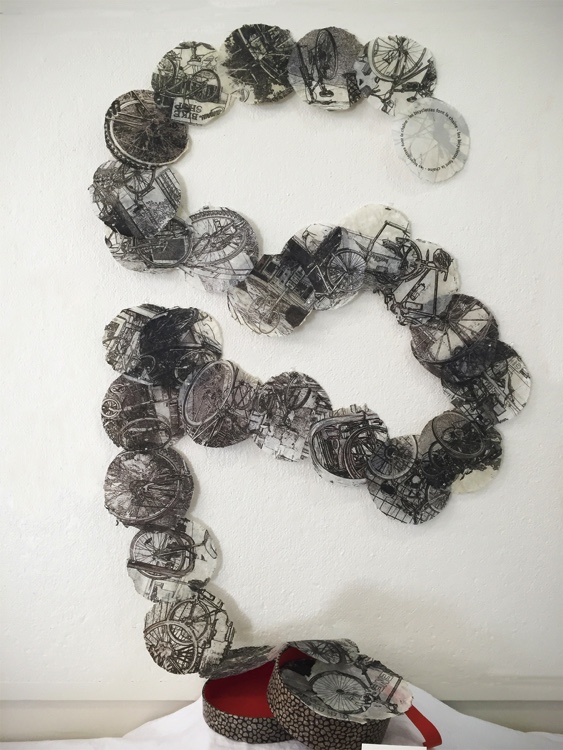 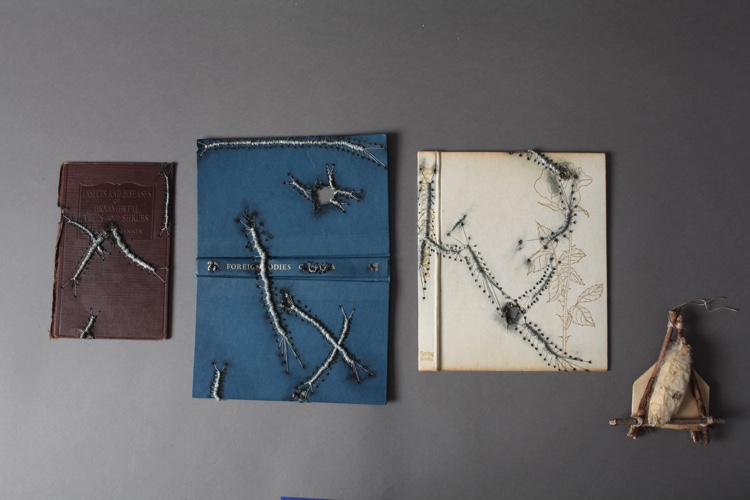