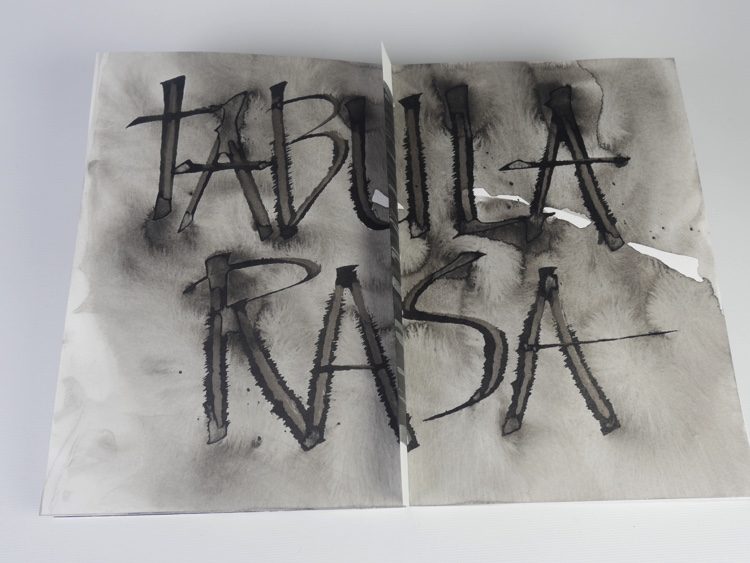 Tabula Rasa is a one-of-a-kind artist’s book that explores various layers around the concept of tabula rasa, Latin for “scraped tablet” (often translated a “blank slate”) or one in which writing has been erased. The idea of tabula rasa appears in the writings of ancient and medieval philosophers as well as modern and contemporary ones as they wrestle with the idea that the mind arrives in the world as blank slate to be written upon by external impressions and experiences. This artist’s book explores the physical idea of writing in the process of becoming blank while exploring a quote from author Henry Martin that dreams of humanity starting “afresh, a new world, a tabula rasa . . . .”

Sha Towers is an artist working in book and calligraphic arts. He is the arts librarian at Baylor University in Waco, Texas, where he also serves as the library’s Director of Research and Engagement. In 2007, he launched the Baylor Book Arts Collection, now containing over 1,000 artist’s books and fine press books. He serves as the curator for this collection and he has been instrumental in integrating it into a variety of studio arts courses, non-arts courses, and public experiences. Sha created his own first artist’s book, a limited edition letterpress work entitled KnownUnknown in 2015 at BlackHare Studio in Robinson, Texas. This work now appears in private and university special collections across the United States. His work has also appeared in several international juried exhibitions. 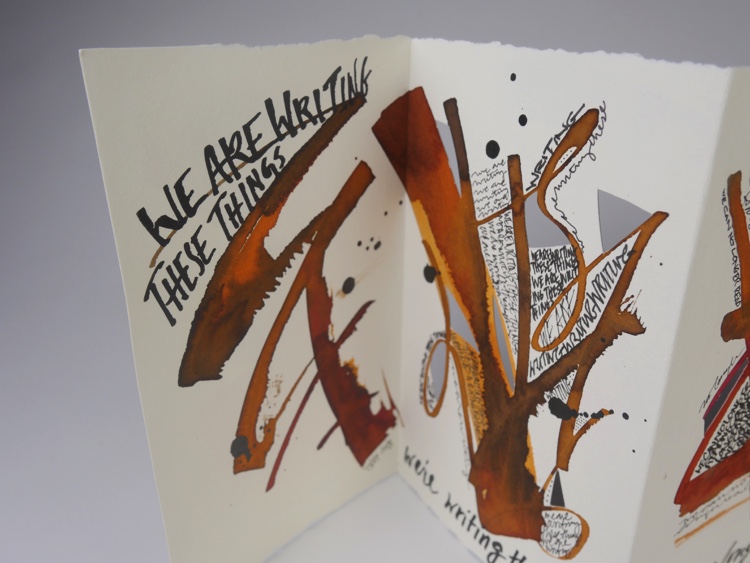 Sha Towers – We Are Writing These Things 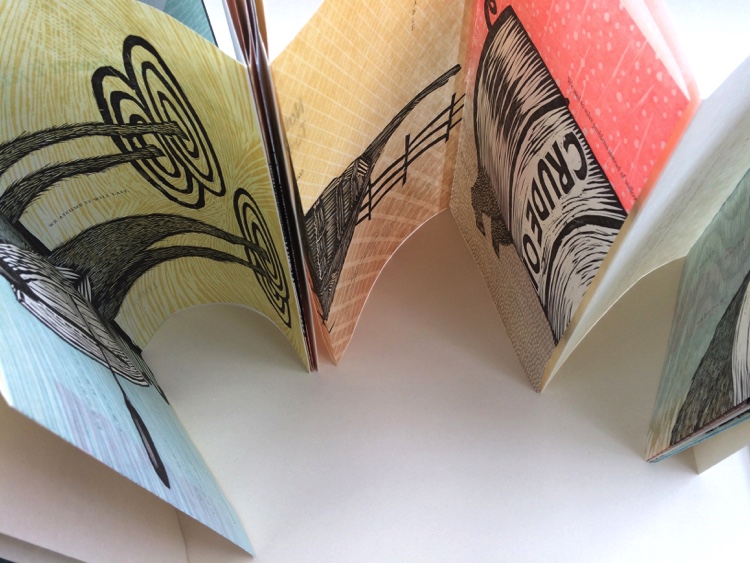