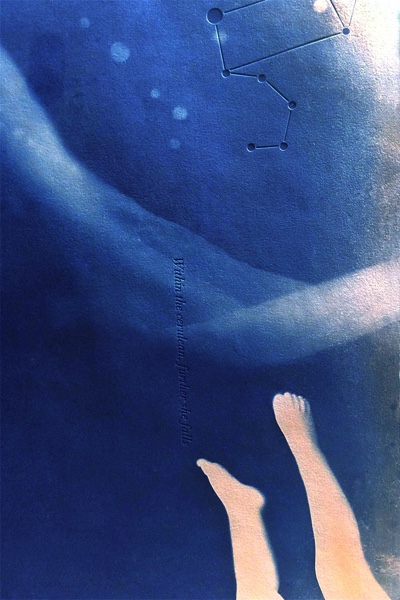 About this piece:
Reverie is a drum leaf bound artist book, using letterpress, cyanotype and pulp painting on handmade paper. The book was inspired by my recent trip to the Ospedale Degli Innocenti which was one of the worlds first orphanages located in Florence, Italy. The reliefs above the orphanage feature infants swaddled tightly in cloth. To the left of the entrance to the building is a small set of stairs that lead up to a window with a horizontal round stone that rotates. As by design, a mother could lay her infant upon the stone and rotate the child to the interior of the building while her identity would remain anonymous.She would simply ring a bell so the nurses inside would know to collect the child. As a mother whose artwork often deals with notions of loss I couldn’t help but to be deeply moved by this historical orphanage. Ideas of connect and disconnect within a relationship between mother and child have been surfacing in my work ever since.

The constellations featured throughout the book are that of Leo and Gemini, which are mine and my daughters signs. The text reads as follows: Spread one: ‘Seldom she surfaces’ Spread two: ‘ Flowing from presence to absence’ Spread Three: ‘Within the cerulean further she falls’ Spread Four: (nothing) Spread Five: ‘Navigating her reflection’ Spread Six: ‘ Swaddled within the sea. Swaddled within the sky’

The source of imagery for the first spread is a photograph I took of one of the reliefs on the Ospedale Degli Innocenti in Florence, Italy.

Stephanie Slate is a mixed media artist who mainly works with alternative process photography,papermaking,bookbinding, and printmaking. Loss, both physical and mental, are reoccurring themes throughout the work, which is often times described as unearthly and dreamlike. Slate’s work has been exhibited and published both nationally and internationally. Currently Slate resides in Philadelphia with her husband, daughter, and four dogs while pursuing her Master of Fine Arts degree at The University of the Arts. 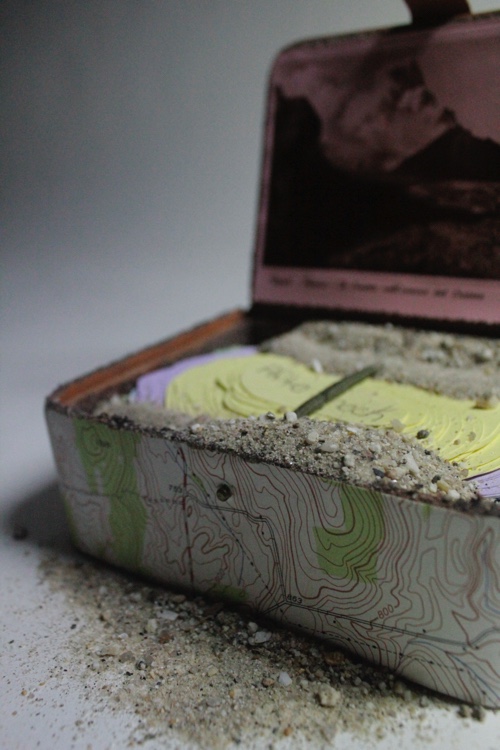 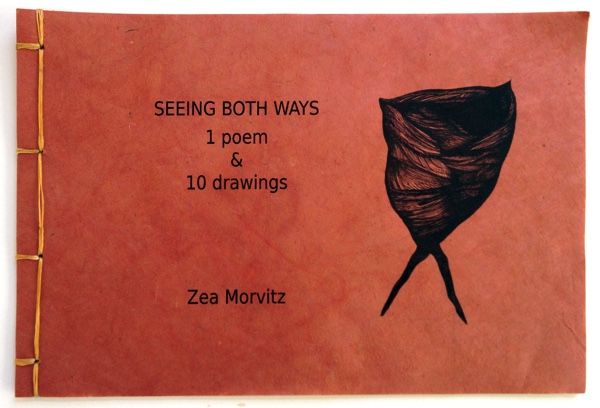