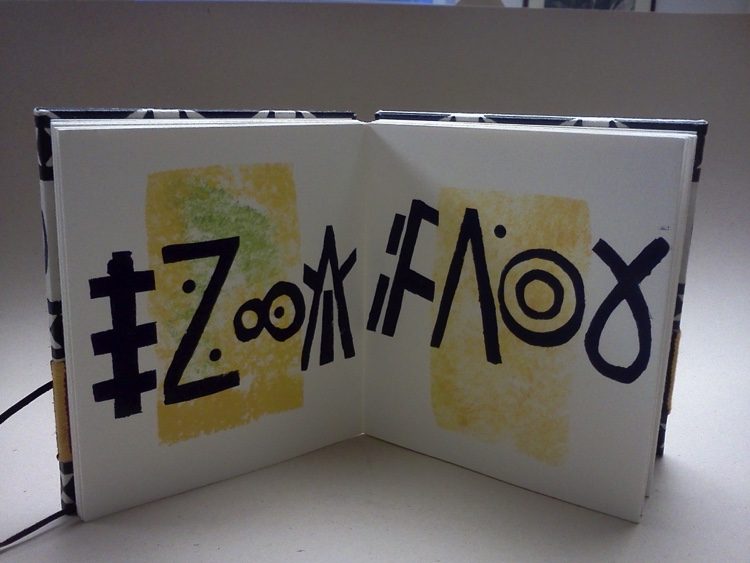 My interest in languages led me to alphabets, symbols, words and, ultimately, to their repository: books. A book of African symbols and syllabaries, the African Studies site at Michigan State University, and subsequent research gave me the working content of my book. I chose the symbols I liked and arranged them in a narrative. I imagined walking into a West African village and seeing the symbols on walls and in homes. This progression suggested to me an accordion structure. I gave the symbols my own interpretive colors in gouache pochoir. Keys to the symbols, mounted on front and back boards, can be unfolded and read, as each page is turned. The binding was based on what Barbara Mauriello calls the “Chinatown accordion”.

Ted’s serious interest in art began during a ten-year stay in Paris where he began taking classes in his neighborhood. Since he was working, as well as writing a doctoral thesis, his output was sporadic. He studied with French and European artists in oil painting, drawing, and watercolor. Years later, as an academic librarian, he discovered book arts and was inspired by a stream of teachers, including Claire Van Vliet and Barbara Mauriello. Since his retirement, he has continued to pursue both painting and bookmaking, experimenting with techniques that allow him to combine the two. 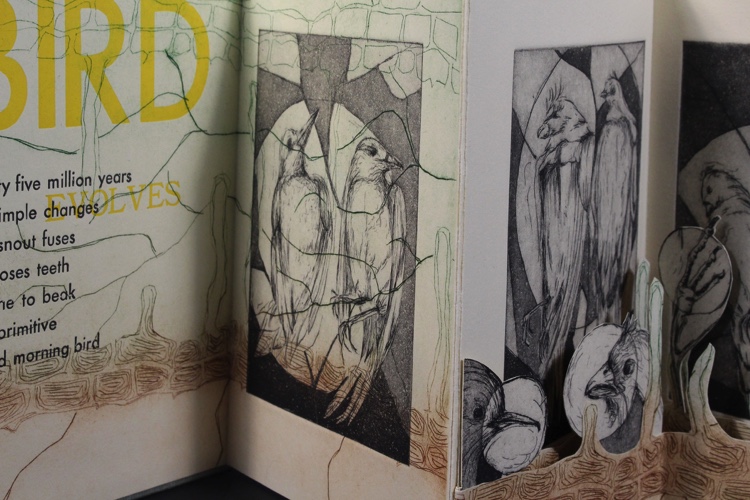 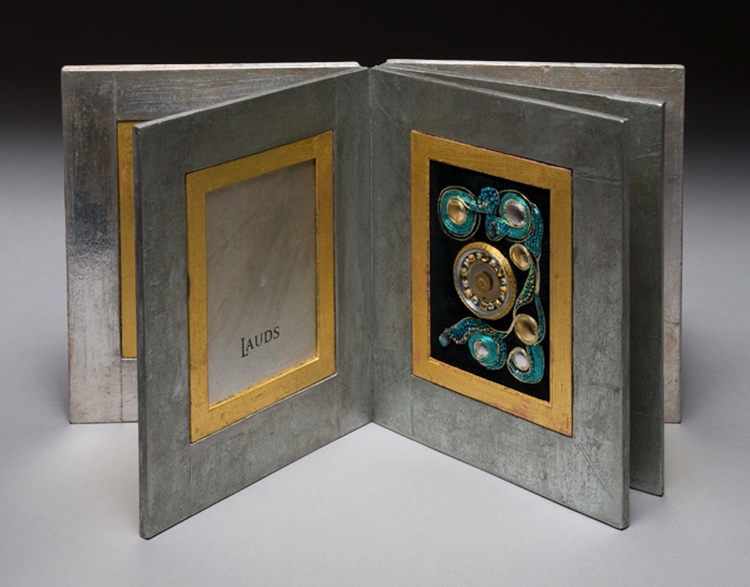 Madelyn Garrett – A Book of Hours
0