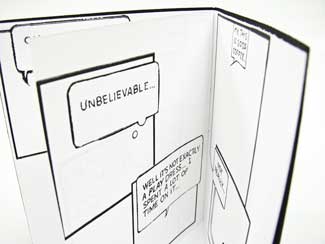 Turner: This book developed while I was collecting comic panels from various magazines and newspapers. I altered the panels to remove all of the imagery, leaving just the shape of the panel and any speech bubbles that were present. I then created a dialogue using these new panels.

This book was printed letterpress using polymer plates. The cover was screenprinted.

And to clarify, this has absolutely nothing to do about my dad. I just thought the title had a humorous tone to it.Turner Hilliker has always called Northern Virginia his home. When he was younger he would build model airplanes, take apart appliances, and draw his own creations when action figures were not enough. In 2011 he received his MFA in Book Arts and Printmaking from the University of the Arts. He is currently investigating the nature of character in his work. 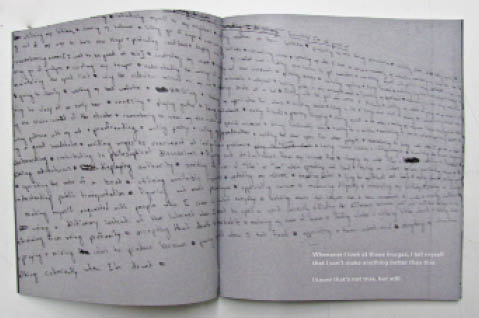 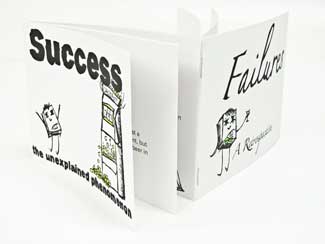